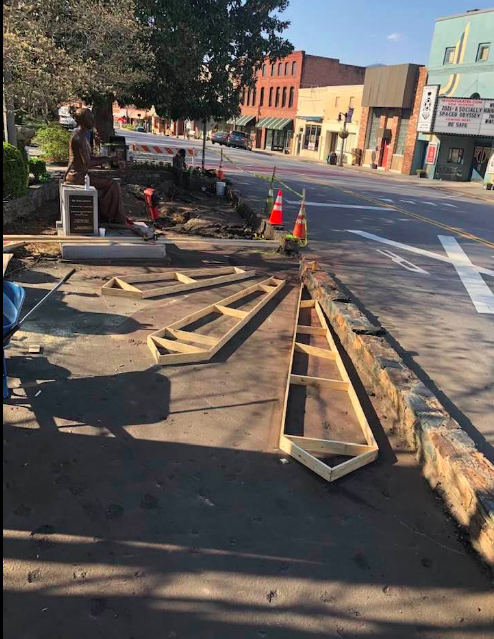 The Nina Simone Project began about 10 years ago with a statue of the famed Tryon native Nina Simone statue in downtown Tryon. The statue was created by Zenos Frudakis.

Tryon Commissioner and Nina Simone Project creator Crys Armbrust has been posting on social media the work being done by donations to the project since last week. On Monday, the forms for the sunburst design that will contain the name bricks of donors at the $500 and above levels were being laid out.

The work began on March 30 of the pavement project.

Other upgrades in the future include landscaping, including roses and pinestraw and the installation of a close gate for special town event on nearby McCown Street.

The plaza is located at 54 South Trade Street, Tryon.

Nina Simone was born in Tryon as Eunice Waymon and was trained on piano locally.

The house she was born and raised in Tryon is currently being restored.