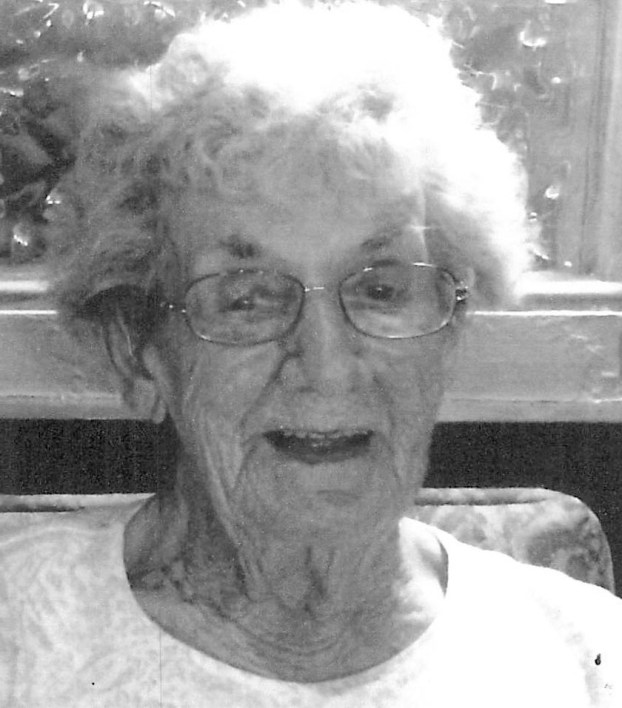 TRYON – Joyce Elizabeth Korn died peacefully at her home in Tucson on January 17, 2021 after a short illness. She was 99 years old.

Born in the hamlet of Blacko in the north of England, on March 28,1921, Joyce was the daughter of Sam and May Trafford. Sam was the owner and operator of the Spring Field Mill, which had been manufacturing cotton fabric since the early 19th century and was Blacko’s primary source of employment.

As the youngest child and only daughter, Joyce had a somewhat protected but stimulating childhood in an unusually talented family. Her mother’s brother, Harry Parkinson, was one of the pioneers of the British film industry, who produced over 85 films between 1918 and 1930 and directed 30 others. Her brothers, Jack and Frank Trafford rose to fame in the swing jazz era of the 1930s as leaders of the singing trio The Rhythm Brothers. They performed with major bands throughout Europe and were very popular radio entertainers, also appearing in several films and on the London stage. Although she never performed professionally, Joyce herself was a talented actress appearing with several amateur theatrical groups, and even when she was well into her nineties, would entertain friends and family with comedic monologues.

During World War II, Joyce met Peter Korn at a dance in the small town of Freckleton, Lancashire, where she and her mother were living, and Peter was serving as an airplane mechanic in the United States Air Force. The two were married in 1942 and had their first child, a daughter, there in 1943. When the war ended, Peter returned home to upstate New York to prepare a home for his young family, who sailed into New York on a ship crowded with war brides and their babies a few months later.

They settled in the village of Holley, New York where they purchased the village grocery store and had three more children. As their family grew, so did their business and eventually they built a full-scale IGA supermarket that served a much wider community.

Both avid golfers, Joyce and Peter moved to Tucson, AZ in 1985 where they enjoyed an active retirement, including year-round golf, and welcomed six grandchildren into their family. They also enjoyed travelling, especially visiting family and old friends in England.

After Peter’s death in 2000 Joyce continued her active lifestyle in Tucson, which included a keenly competitive interest in bridge.

Joyce leaves behind her daughters, Christine Mariotti, of Tryon, NC and Barbara Madden and her son Roger, both of Tucson, six grandchildren and six great-grandchildren. Her eldest son Paul passed away in 2013.

Because of COVID-19 pandemic, the family will hold a private service.