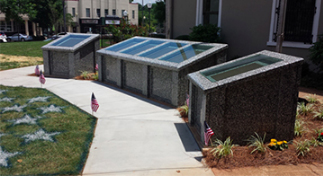 County signs letter of intent for Charters of Freedom

Polk will now work with Town of Columbus on placement

COLUMBUS—Polk County’s gift of the Charters of Freedom is one step closer as the county has signed a letter of intent.

The Polk County Board of Commissioners met last week and heard from county manager Marche Pittman, who said the letter has been signed and he is now coordinating with the town of Columbus to place them.

The county was gifted the Charters of Freedom last year by Foundation Forward Inc. The Charters of Freedom are displays of the Declaration of Independence, the U.S. Constitution and the Bill of Rights. County commissioners tasked the county appearance commission to find the best location in the county for the displays. The appearance commission recommended Veteran’s Park in Columbus and county commissioners and Columbus Town Council agreed earlier this year.

Columbus Town Councilman Robert Williamson, who is also the House of Flags Director, was consulted by the Polk County Appearance Commission on the location.

Williamson told Columbus Town Council earlier this year that the casings are designed to last 300 years. He also said there is a time capsule in the back of one for the county and town to place items.

The location of the Charters of Freedom is proposed to be in Veteran’s Park looking up towards the House of Flags Museum.

The county and town sent a joint letter granting Foundation Forward access to the site.

The county has agreed to pay to level and clear the site prior to Foundation Forward placing the structures.

It is not yet known when the casings will be placed in Veteran’s Park. 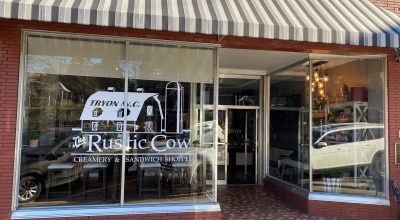 Morris ornaments to appear in Tryon

Polk Middle girls beat the cold, the wind and the competition

Thanking those that keep us safe

Mulching the Park on Trade

North Carolina to remain in phase 3

Shooting to help others