An Eggscellent weekend of fun 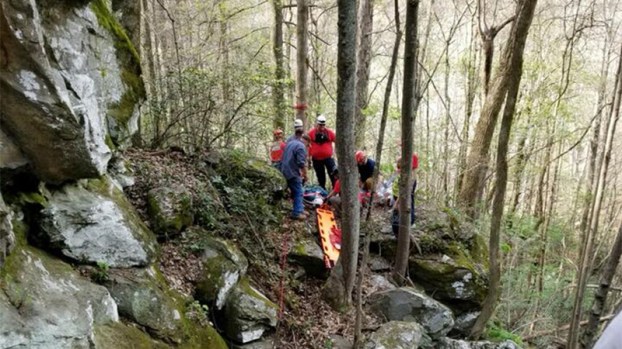 First responders from Polk and Henderson counties made the rescue. (Photos courtesy of Saluda Fire & Rescue)

Man falls from waterfall near Tryon

TRYON — A man fell 60 to 70 feet from Melrose Falls near Tryon on Easter Sunday.

First responders from Polk and Henderson counties were among local officials who made the rescue.

The waterfall is near Twin Bridges, between Tryon and Saluda off U.S. 176. 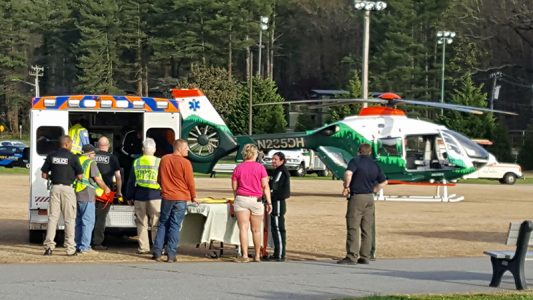 A man was airlifted from Harmon Field after falling 60-70 feet from Melrose Falls between Tryon and Saluda Sunday afternoon. (Photo submitted by Robin Turner)

The rescue took several hours, with the man being airlifted to Mission Hospital around 6:30 p.m. from Harmon Field.

As of Monday morning, the victim was still in the hospital, with his condition unknown.