Lynch back in form, feeling blessed after recovery from… 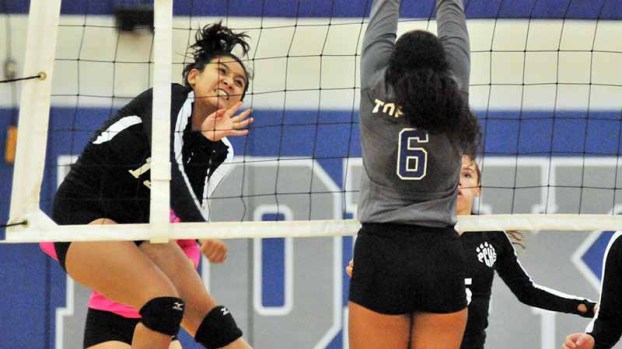 Marilyn Castillo slams home one of her six kills in Tuesday's win over R-S Central.

The Wolverines improved to 4-2 with the 25-15, 25-22, 25-19 victory. Polk County hosts Brevard on Thursday night in another non-conference clash that concludes its five-game homestand.

“I tried to challenge them to really have a lot of energy, to talk and be alive,” said Polk County head coach Molly Hill. “I felt like they did that, especially in the third set.

“It was a good win to get us ready for Thursday. That will be a big one.”